In 1954, photographer Dennis Stock lived in Hollywood. One Sunday at a party in Chateau Marmont, he meets a young actor named James Dean. They started talking about photography and James Dean invites him to the sneak preview of his new movie. This movie was “East of Eden” and as soon as Stock saw it, he knew that Dean would become a star and he wanted to photograph him.

They met again, and talked for hours. Stock learned as much as he could about the young actor’s life and finally decided that the project would have the following structure: he would first photograph him at the place where he grew up, a farm in Fairmont, Indiana, then photograph him in New York, where he studied and made his Broadway debut and eventually photographed him in Hollywood.

He contacted Life magazine and was told that he would be covered for two days. The project lasted 2 whole months (paid only for the two days). The now classic photograph of James Dean and photographers favorite, taken on a rainy day in Times Square in New York in 1955, belongs to this series of photographs.

The image is part of the ’36 of 100’ exhibition at the Leitz Park in Wetzlar, Germany – a collection of 36 iconic images that are today renowned around the world. (Link in Bio) https://bit.ly/2yby7A5 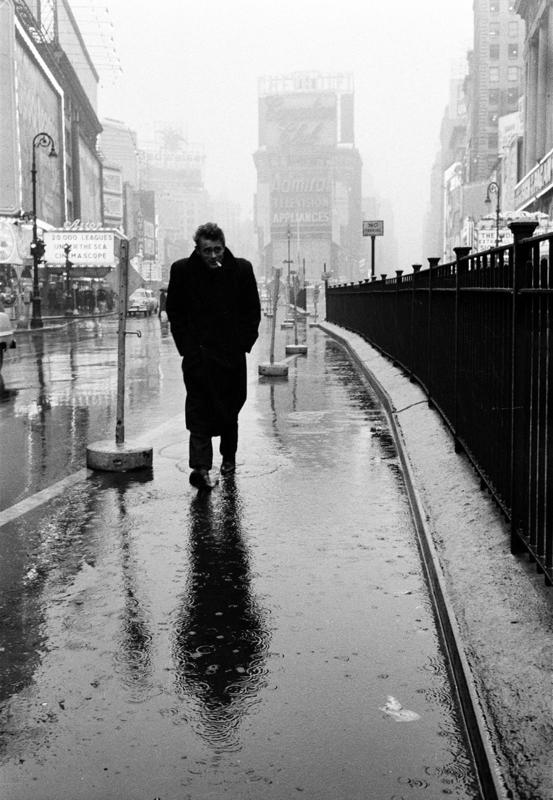