Yevgeny Khaldei – The Flag of Victory

Taken exactly 75 years ago at the end of World War II, Yevgeny Khaldei’s emblematic photograph is still one of the most famous portrayals of the Nazi regime’s defeat. Without a doubt it depicts a precarious endeavour; yet Khaldei’s description reveals that capturing this moment was far from incidental: “It was early morning when I entered the Reichstag. A young soldier approached me. I was carrying a red flag. We found a long pole, and I spent quite some time looking for possible compositions. I wanted to get a section of Berlin into the frame. In the end I shot the entire film – 36 pictures.” Khaldei also went on to enhance the picture in the darkroom – adding plumes of smoke and removing a wristwatch from the arm of a soldier who was originally depicted wearing two. 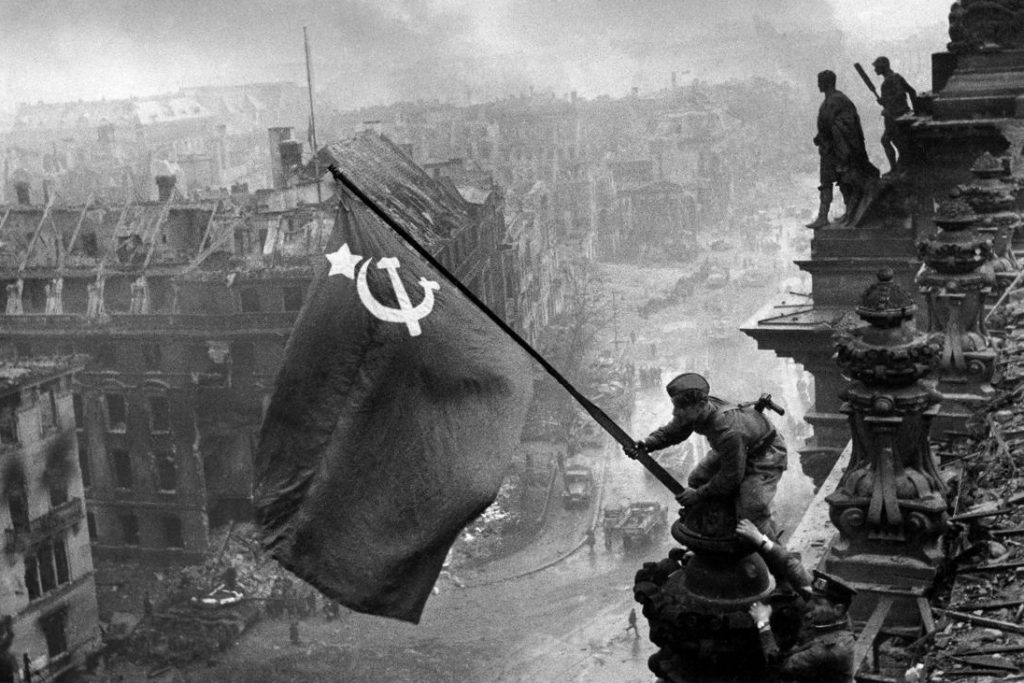