Oskar Barnack, who was born in 1879 and passed away in 1936, was not only a genius technician and design engineer, he was also an enthusiastic amateur film maker and photographer.

It was not long before he gave into the temptation of taking pictures with his new miniature camera. Approximately 170 of his 35mm negatives are now in the archives at Leica Camera AG. These pictures prove two things: first, the functionality possessed even by the very first Leica models, and second, Barnack’s efforts to explore the new camera’s many potential areas of application. Alongside traditional portraits and group portraits, there are also landscapes. In addition, Barnack took pictures in Imperial Berlin, practising what we today call “street photography”. There are high mountain landscapes, animal and action photographs, including one of a burning mill in Wetzlar. By taking pictures of the 1914 mobilisation in Wetzlar, Barnack produced Leica’s very first historical document. He photographed the view down on his Hessian home from aboard a Zeppelin.

Barnack is also recognised as having an idea for an early Leica reportage: when a devastating flood overwhelmed the city of Wetzlar in 1920, he was not just a passive observer. Under very difficult conditions, he experimented with the camera’s versatility for everyday use, thus delivering one of the first ever photo series. He must have been filming at the same time as well, because there is also a short film on the same subject. The movie and the reportage on the Wetzlar flood are part of the exhibition. 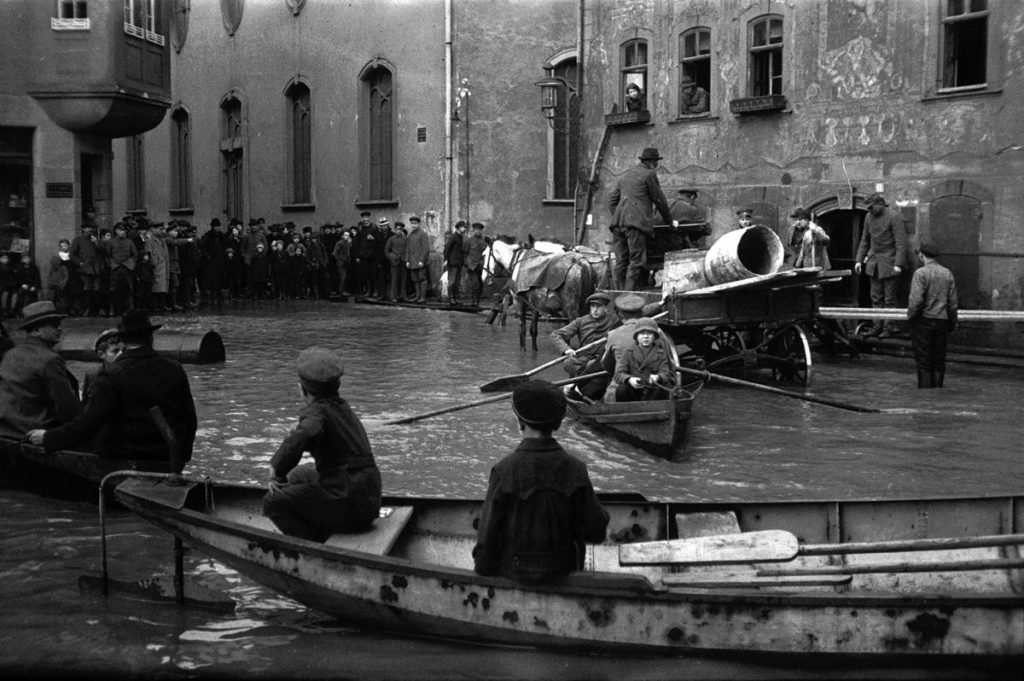